The most atrocious songs to ever exist 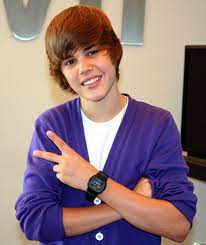 You’re relaxing in the passenger seat of your car waiting for your mom/dad to come back from the grocery store. Things are getting a little too quiet, so you decide to turn on the radio and ponder. You’re jamming out to the song that’s on and then it ends. Then…the song you loathe comes on. Your eyes begin to twitch, face begins to sweat, and next thing you know, you’re angrily screaming uncontrollably in the middle of a Vons parking lot.

Sounds a little too familiar? It’s because we all have those songs that just make us want to make a direct, painful incision into our ear drums. In honor of those trigger worthy songs, I have compiled a list of some of my personal trigger songs that make me twitch with anger.

“Astronaut in the Ocean” by Masked Wolf

This mash up of country and rap is a no-go for me in every way possible. This is the anthem of practically every 12-year-old Fortnite player. That being said, when I hear this song, my stomach physically churns, and I have to muster every bit of my self control to hold my vomit down.

I was a BIG fan of this song as a kid, but as I grew older, it quickly became my nemesis. Why you may ask? Over-exposure. They played this song WAY TOO MUCH!

Fair warning, this is not the last time you’ll be seeing the Biebs on this list. I was okay with this song when it first came out, but once I started hearing it on every station, at every party, AND at every single place, that’s where my hate for it began. I truly hate this song and if I hear it, I will be seconds away from a Bieber induced rage.

I warned you, he’s here once again. What has humanity done to deserve a song like this?! Is this a punishment? This song fills me with rage because of its dumbness. It can truly only be described as dumb. Oh so dumb…

There are definitely more songs that infuriate me, but these are the main ones. Some honorable mentions go out to Taylor Swift’s “Shake it Off” and Lil Nas X’s “Old Town Road.” Make sure to comment what song sets you off in the worst way possible below!