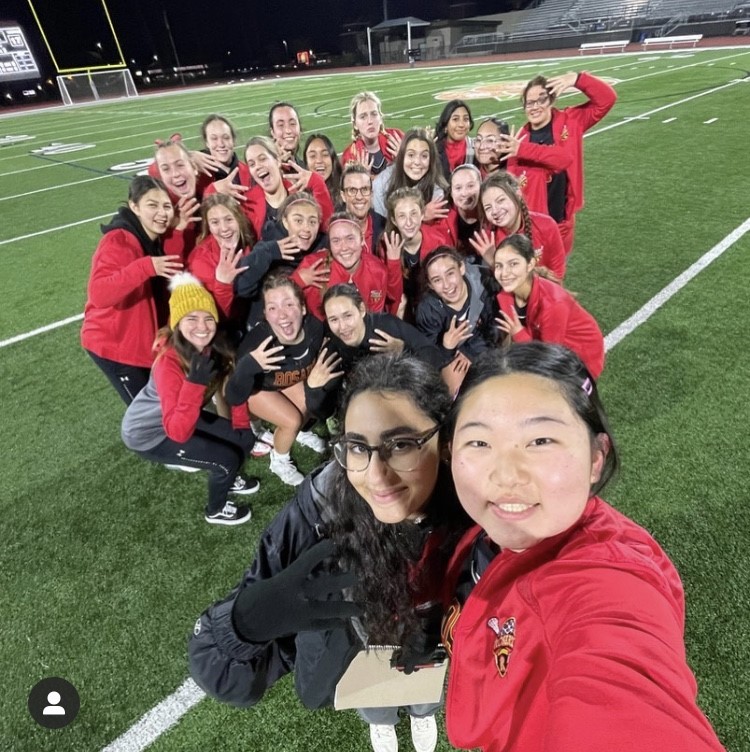 The team smiling on the field! (Photo provided by Amanda Angle '22)

Lacrosse has been on a streak of wins for their past three games. The lacrosse team has only had three games so far, and they have won every one.

Their first game was against Riverside and their second was against Segerstrom. Their most recent match was against Cal High on Feb. 22, where they won 19-4.

Amanda Angle ‘22, when asked about the recent lacrosse games, said: “I would say out of all 3 games we played best for the game against Segerstrom. We had good communication and our defense and attack were strong. All of the schools we played did great and we are all eager to play again!” She continued, “I enjoy lacrosse because it is a fun team sport where it doesn’t rely on you individually. The girls on lacrosse make it so much more enjoyable because instead of getting upset at someone for making a mistake we laugh it off and come up with a plan on how we can improve on the problem that occurred.”

Mr. Tice, the Director of Athletics, commented further on lacrosse’s recent wins, joking, “I’m jealous that lacrosse started the season undefeated because Coach Lanctot has been very difficult to work with.  I hope that if they ever lose a game, she’s able to function.”

Their next game is Thursday, Feb. 24. By the time this article comes out, they will have already played against El Modena High School, their opponents for the Thursday match. Feel free to show them support for their previous and upcoming games!