My Mom is the Coolest and Here’s Why 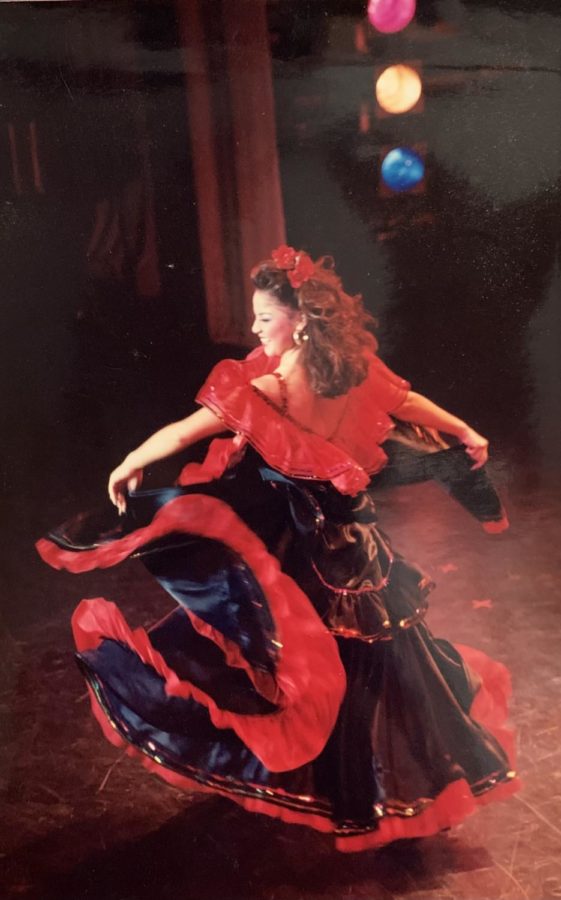 How do I begin to explain Debbie Watson?

For starters, she’s my mom (and Julia Watson ’24), so she’s immediately awesome. But seriously, my mom has done more in her life than I can hope to do, so let’s start at the beginning!

She is also a Rosary alumna, and during her time at the academy, she was the song team captain, Red and Gold captain, and she wrote on the Royal Reporter, formerly known as the Royalette Gazette. Like mother, like daughter.

Outside of school, my mom was a force to be reckoned with. She competed in the Miss Placentia pageant in 1992 and won, which advanced her to compete in the Miss California Pageant where she placed in the top ten. She was truly living the teenage dream.

When deciding on colleges, my mom was offered a scholarship to go to acting school, but she decided to study communications at Chapman University. This decision provided her opportunities to be in multiple commercials and indie films,

as well as work as a weekend reporter for CBS News in L.A. and for Disney Studios. During her college career, she became a member of the Delta Gamma sorority, and she went on an internship to Washington D.C. where she met the love of her life—my dad. You can read more about their love story at this Royal Reporter article: https://royalreporter.org/24844/features/how-i-met-your-mother-rosary-style/. While in D.C., my mom got to meet former President

Bill Clinton, which is kind of cool, I guess.

After my mom and dad got together, my mom continued to work in event planning. She became the special events director for USC, and she got to plan big movie premiere fundraisers. On one fundraiser in particular, she got to work with a man whose name rhymes with Bierce Prosnan, which is one of my favorite stories to hear about. As her life continued, she went on to have four fabulous daughters in six years and she has been married for 27.

I am so honored to call Debbie Watson my mom, and I hope I get to accomplish as much as her in my life. Love you Mom!