It’s Time to Up Your Pretentious Movie Game 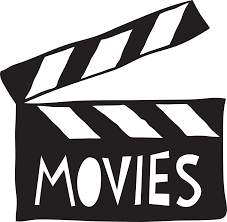 Time to make it seem like you call movies "films" Photo Credit: Pixabay

Like everyone, I am a flawed person. But one of my flaws–my utter pretentiousness–has its advantages. Thanks to this flaw/virtue, I am more than qualified to inform my fellow Royals on how to up their pretentious movie game.

Where to start? This movie is about a young man who gets into a prestigious jazz conservatory, and under the harsh instruction of his cruel instructor, he begins to crumble. This movie will leave you in absolute chills. Miles Teller and J.K. Simmons’ performances are insane. Now you may be asking, didn’t this win like three Oscars? How is this pretentious? I guarantee you, you walk into any film festival and say this is your favorite movie, you will have earned everyone in the room’s respect. Just say, “It’s by far Damien Chazelle’s best work, totally better than La La Land” Boom. Everyone thinks you’re a film genius.

The Eternal Sunshine of the Spotless Mind

This film is insane. You will never find such flawless editing. It answers the question, “What if I could erase someone from my mind?” The performances by Jim Carry and Kate Winslet are beautiful. I personally love the style of cinematography. I promise you, after you watch this, you will have a new outlook on life. Plus, it’s totally in my top ten. To impress the pretentious movie boy of your dreams, just say, “The editing is completely unique and adds so much to the story.” Now you sound like you know what you’re talking about.

Another one of my favorites. Let me just give you a quick rundown of how both pretentious and awesome this movie is. Filmed on 35 mm black and white film, in an almost square ratio, two men abandoned at their lighthouse post descend to madness. I have to reign myself in with how amazing this is. The soundtrack: hauntingly intense. The cinematography: even in black and white every shot is interesting. The performances: Robert Pattinson (Yes, that’s right. The vampire boyfriend of your dreams in this one) and Willem Dafoe give truly Oscar worthy performances. You feel yourself going crazy with them. Not to mention the parallels between this story and the Greek mythology tale of Prometheus. Overall pretentious rating: 124823 out of 10. To truly embrace your pretentiousness, just say, “Filming on actual film is a lost art, and more directors should be as brave as Robert Eggers to film in a square ratio.” Now you sound super deep and intellectual, when in actuality you watch Gossip Girl on a daily basis.

One of the best coming-of-age movies ever. Written and directed by the hilarious Bo Burnham, this movie tells the tale of an anxious and insecure girl navigating her way through the last week of middle school. You will never find a more relatable movie. This movie understands what it’s like to be a young girl in today’s world. Personally, I cried twice (But I am also known to be extremely emotional). I really think every girl should watch this at least once. Plus, its produced by A24, the most pretentious studio of all time. Need to sound cool? Just say, “Burnham is so versatile; between his different style of standup comedy to his promising career as a director, he truly is a renaissance man.” Just think how cool that sounds. You will impress and intimidate everyone.

So do yourself a favor and watch a pretentious movie. You’ll leave feeling raw and full of promise. Who knows? You might just enjoy it.